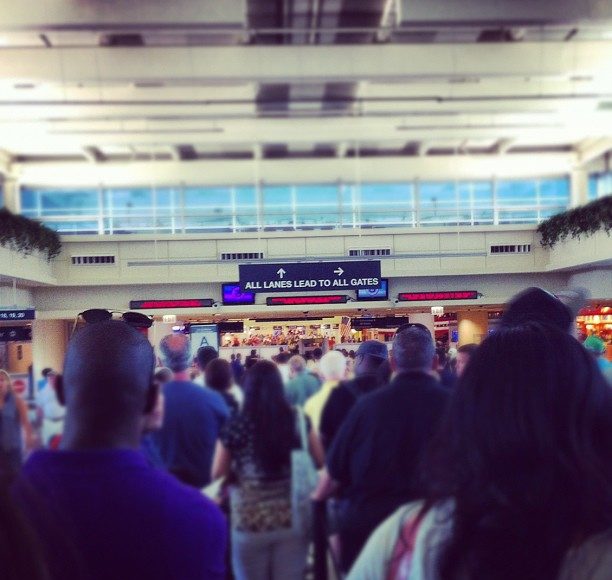 Freedom Versus Security: The False Alternative

What’s more important: freedom or security? Since 9/11, we’ve heard this question in debates over issues ranging from the PATRIOT Act to wiretapping to interrogation techniques.

There are two common answers. On one side are the civil libertarians who argue that the government’s security enhancements curtail individual freedom. This side often quotes Benjamin Franklin’s warning that “those who would give up essential liberty to purchase a little temporary safety deserve neither.”

On the other side are the conservatives who argue that securing the nation requires sacrificing some of our rights. The price of living in safety, they say, is allowing the government to violate our freedom if and when it deems necessary.

On the face of it, each side seems both right and wrong. We value freedom-the ability to choose with whom we associate, where and when we travel, what religion we practice, what ideas we hold. But while freedom is important, so is security, which we need to be safe in order to live. Nobody could enjoy either freedom under constant threat or security inside a cage. So which do we choose-freedom or security? We find ourselves confronted with an apparently hopeless dilemma.

But it’s a trick question. The way out of the apparent dilemma between freedom and security is to reject the underlying idea that the two are in conflict, and that a trade-off is necessary.

Consider the roots of this debate, which go back much further than 9/11 to 17th century philosopher Thomas Hobbes. Mankind exists, said Hobbes, on a continuum between two states. On one end is the pre-government state of nature, where people live in a “war of all against all,” each attempting to victimize others while defending himself against their predations. This is Hobbes’ picture of complete freedom.

On the other end is society under an authoritarian state, where the government exerts unchecked power over its subjects, preventing them from doing anything it deems disruptive to the public order. This is Hobbes’ picture of complete security.

Though most reject Hobbes’ preferred solution of an all-powerful government, they nevertheless accept his proposed continuum, opting instead to strike a “balance” between the two extremes. Both sides of the debate acknowledge that each extreme poses a threat–and then each gravitates towards the one which makes it less nervous.

Hence, the civil libertarians, more concerned by the threat of a powerful government than by the threat of terrorists, choose to accept the potential for increased terrorism as the lesser of two evils. On the premise that increased security means less freedom, they reject attempts by the government to combat terrorism with tougher security measures like wiretapping and the Patriot Act.

The conservative sympathizers of Hobbes, on the other hand, argue that a more intrusive state is the answer to the threat of Islamic terrorism–and choose to accept the potential for increased government oppression as the lesser of two evils. On the premise that increased freedom means less security, they reject the need for government to be restrained by warrants, judicial oversight, and constitutional provisions like habeas corpus.

But both sides are wrong because Hobbes was wrong. In mischaracterizing freedom as the state of anarchy and security as life under the protective fist of government oppression, Hobbes creates a false alternative. It is only by accepting this alternative that we’re led to believe freedom and security are conflicting goals.

Where one philosopher led us into this mess, another can lead us out. Ayn Rand and her philosophy of Objectivism argue that “Freedom has only one meaning: the absence of physical coercion.” A man is free to act so long he is left unrestrained and unthreatened by others. It is only in the presence of physical coercion, i.e. insecurity, that a man loses his freedom. In this broad sense, freedom and security are synonymous. To be free is to be secure. To be secure is to be free. Proper security measures taken at stadiums, for example, make possible the freedom to watch and enjoy sporting events.

Fundamentally, this entails striking at the source of terrorism by waging war against regimes like Iran that support terrorists and their ideology of Islamic totalitarianism. Absent such action, security is virtually impossible-a police state, however intrusive, cannot secure a nation against foreign aggressors.

Insofar as domestic measures like wiretapping are needed in addition to war, civil libertarians are wrong to oppose them solely out of antipathy for government power. Rather, we should expand as much as possible the ability of the government to secure our freedom. Used properly, governmental powers like eavesdropping, airport security, profiling, and interrogation are not threats to freedom, but means to secure it.

Such powers can and must be implemented in a way consistent with freedom, i.e. guided by unambiguous, objective laws and subject to constitutional checks and balances. Warrants, due process, judicial oversight and other constitutional limits must be required in any investigation or detainment of U.S. residents.

By rejecting the philosophical errors that plague the debate over national defense, we can move towards a system that protects all our values at the expense of none. To the perennial question, “freedom or security?,” we can answer: both.

Noah Stahl is a graduate student in computer and electrical engineering at Iowa State University.

The Environmentalist Attack on Prosperity

The Religion of Peace