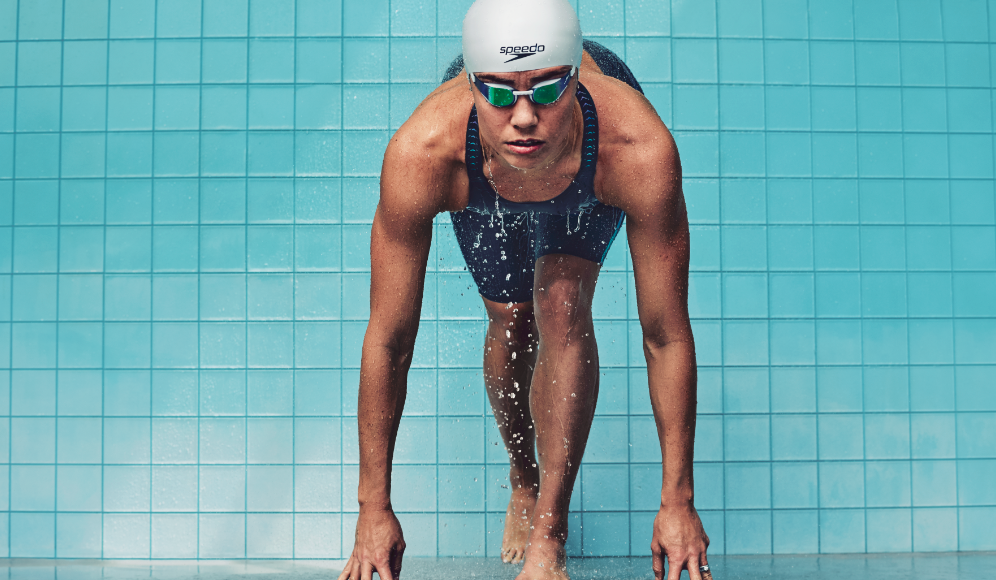 Natalie Coughlin is a professional competitive swimmer, and one of the most decorated athletes in the history of American swimming. She has won a total of sixty medals in major international competition, including twelve Olympic medals and eight World Championship titles. In 2012, the year of the London Olympics, Coughlin experienced the letdown of her worst professional season. Since then, overcoming disappointment and defying the odds of age, Coughlin continues to push herself to new heights. At age 33, having recently set an American record in the 50 meter backstroke, Coughlin is in hot pursuit of her goal of competing in her fourth Olympic Games next summer. The Undercurrent’s J.A. Windham had the privilege of speaking with Coughlin on what it takes to set and achieve goals at an elite level.

The Undercurrent: I want to start by giving readers some basic information about your career. How long have you been swimming competitively, and when did you realize that you could reach an elite level?

Natalie Coughlin: I started when I was six, and I just turned 33, so I’ve been competing for quite a while. I was definitely a promising young swimmer, although where I grew up swimming, it wasn’t as competitive as where I ended up in high school. So probably by the time of age 11 or 12 was when I realized that I could be really good. Age 13 was a big year for me—I qualified for Junior Nationals and Nationals, and made finals at my first Nationals. So kind of from there on was when I got really serious about swimming.

TU: You’ve obviously been setting high-level goals since you were quite young. What’s your personal approach to goal-setting, and how has it changed over the years?

Coughlin: It’s evolved, but it hasn’t changed too drastically. I’ve always had season goals, and then longer-term goals. So little stepping-stone goals along the way, and then the bigger payout, either at the end of the season or over the next couple of years. That’s kind of how I’ve always approached it. And it’s evolved as I’ve gotten more mature and older, but that approach of having shorter-term as well as longer-term goals hasn’t changed.

TU: Would you say that you’ve always chosen extremely ambitious goals, or do you aim for goals more obviously within your reach?

Coughlin: No, I’ve always been very ambitious. I think a lot of great athletes have a healthy amount of naiveté, where they set goals that seem almost overly lofty, but are determined to get there, and will figure out a way to get there. I think a lot of the really great athletes do that—set goals that seem ridiculous, but then stay focused on them and work to reach them.

TU: It might be hard for some to imagine the kind of work it takes for professional athletes to achieve their goals at the top level. Could you describe a typical day in the life of Natalie Coughlin, in the thick of your training season?

Coughlin: Yes, so if I have a morning workout—every other morning I have a morning workout—I’ll get up at 4:15am, I’ll make breakfast, and listen to my podcasts. I’ll get to the pool by a little after 5:00, which is when I start doing a lot of my prep work. I’ll do abs, a lot of shoulder exercises, you know, basic Pilates, yoga, just to get my body warmed up. I’m in the water at 6:00, and will swim 6:00-8:00 in the morning. Then I’ll come home, have another breakfast, get to all my emails and all of the other house or computer work I have to do. I’ll have another small lunch, then get back to the gym, where I’ll lift for two hours. Then I’ll have another hour and a half to an hour and forty-five minute swim after that. And then I’ll have an early dinner and maybe another snack before bed. So it’s a pretty full day.

TU: That’s six hours of training a day! Do you ever lose sight of your goals in the routine of the daily grind?

Coughlin: Well, I think when you’re younger it’s a lot easier to get distracted, or to get burnt out, or lose motivation. As I’ve gotten older, it’s really not that hard to keep me motivated. Because I realize how finite being an athlete is. It’s not going to last forever, and it’s a really special thing. I don’t think the 20 year old version of myself had the same attitude towards swimming as the 33 year old version. My advice to younger swimmers would be: this isn’t going to last forever, and it’s good to have lofty goals and it’s good to work hard for something. If it was easy, everyone would do it. There’s a necessary struggle—a day-to-day struggle that you have to go through, that you have to work through, and it makes the success at the end feel that much better. You have to have a little bit of that struggle to enjoy your success—and frankly, to achieve it as well.

TU: You’ve said before that keeping a balanced life is hard for a professional athlete—that “you have to be selfish, you have to constantly be thinking about your training.” Could you expand on that?

Coughlin: Well I’ve always approached my adult career with the mentality that, “you have these lofty goals, and you have to be thinking about them 24/7.” If you spend four or five hours a day working out—those other 19 hours, you have to use them wisely. You have to take care of yourself. You can’t use those other 19 hours to negate the work you did. So you have to stay focused. You have to keep in mind that your choices have consequences, and if you’re serious about your goals, you’ll make the right ones.

TU: Let’s shift gears a bit. You’ve described the 2012 Olympic year as your worst professional year. One of my major inspirations for reaching out to you was noticing how well you’ve rebounded since 2012. At 33 years old, you’re now swimming some of the fastest times of your career. Why was 2012 such an off year for you, and what were some of the major changes that you made, to your training or otherwise, that helped you to rebound so well?

Coughlin: 2012 was off for a variety of reasons. For the most part, I think I just wasn’t doing the type of training that I needed anymore. And that isn’t really a criticism of my coach Terri [McKeever], it’s more a commentary on—I was 29 years old, and I was training with mostly 18-21 year olds, so my needs were very different. And you can’t do the same thing that you did when you were a teenager when you start getting into your late 20s. Things need to change and things need to evolve. After speaking with Terri, I decided to start training with Dave [Durden], and to start focusing more on my freestyle and my sprinting. It was a decision that was a difficult one, but it was a great one.

As far as other changes, I’m in the water more. I touch the water more times a week than I did before. Not necessarily as long—sometimes a workout in the pool can be as short as 45 minutes or an hour, but it’s important for me to get in touch with the water and stay in touch with the water. I’ve really improved my recovery. So making sure I get massage therapy, making sure I’m doing the proper things at home to recover, nutritionally, as well as stretching and things like that. I used to do a lot more away from the pool—I used to volunteer or do other things that were emotionally fulfilling, but that would take my physical energy away from my training. So I’ve had to make some tough choices with outside hobbies and really realize that as an older athlete, while there are some great things that come with that—I have better strength than I’ve ever had, I’m smarter, I know a lot more than I did before—I have to focus on recovery a lot more than I used to. So like I said, I have to make those right choices.

This past season was one of my best years recently. I was right off my best time in the 100 backstroke. I had a lifetime best in the 50 freestyle. My 100 free was really solid. And I have a lot of momentum going into the next year. But going back to goal-setting and staying motivated, you have to have those years where you struggle. My struggles were very public, and it’s not something easy to go through. But ultimately it makes you a better competitor and it kind of fuels the fire going forward.

TU: After you’ve had years and years of success, how difficult was it to question yourself and make big changes so late in your career?

Coughlin: It was but it wasn’t. I had a horrible year in 2012. You have to put it into perspective for me, you know—I was still able to make my third Olympic team, I did some great things—but I knew I wasn’t achieving my potential. So when you have a stumble like that, I think the only thing you can do is make changes, unless you want to keep going down that path in the wrong direction. So it was pretty easy in that sense.

TU: Why is it important to have goals when overcoming obstacles?

Coughlin: It’s always important to have something specific, something tangible, to strive for. Ambitious goals have always motivated me to work harder with more focus, especially during the tough times. I have faith in the training process, and part of that process is the “struggle” of overcoming obstacles.

TU: Tell us about some of your goals moving forward.

Coughlin: Well I’m still working towards the 2016 Olympic Games. I want to qualify for the Olympic team in an individual event as well as the two 400 relays. And like I said, I’m focused more on my sprinting now. So I’m focused on the 100 freestyle, and the 50 free, and the 100 backstroke. I would love to get some lifetime bests, and I think those are 100% within my reach.

From Homelessness to Happiness: The Story of Tom Richardson's Life-Changing Idea

Taking the Pain out of Productivity