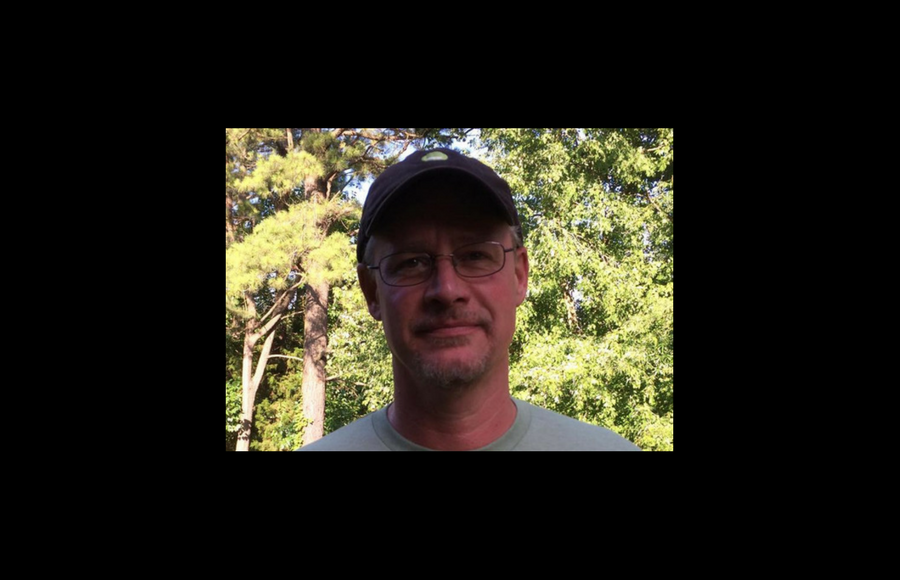 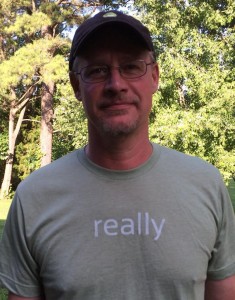 Walking the streets of downtown Raleigh, Tom Richardson saw a man wearing a black t-shirt with the word “really” displayed in white letters. A few blocks later, a woman wearing a light green t-shirt with the word “obviously” printed on it walked past him. Although others around him weren’t surprised by the shirts, Richardson was. Those were his shirts: he created them.

Richardson and Rob Frohlking are the co-founders of Conversation Tees, a t-shirt company based on the idea that just one word can spark a valuable conversation. Their brand includes four t-shirts, each displaying a word evocative enough to prompt commentary, but vague enough to allow for a wide range of responses: “really,” “know,” “obviously,” and “exactly.” Since the start of their company just over two months ago, they’ve sold over 500 shirts online and in four local stores. For a limited time, customers can also buy a “celebrate” t-shirt created in collaboration with a local charity organization, Celebrate You.

“Creating things yourself is the coolest thing,” Richardson explained. “It makes you feel like you’re alive, and part of the world. When you see somebody out there who likes an idea that Rob and I thought of, and they like it enough to buy it and wear it because they think it’s cool—that is mind-blowing to me. Because I helped to do that!”

Richardson is continuously surprised and delighted to see passers-by wearing his product. Not too long ago, he couldn’t have imagined owning the creative rights to a product, or saying that an idea of his was being professionally-printed for sale. Just over two months ago, Richardson didn’t have anything. He had been homeless.

In early 2013, Richardson thought he had it all: a well-paying job in human resources, a house, a two-car garage, a fenced-in backyard, a dog, a wife and her kids.

“Everything just seemed so perfect,” he recalled. “That’s what it was, for a long time.”

Until suddenly, it wasn’t. After a series of tragic events—including the death of a colleague, the collapse of his marriage, and the loss of his job—Richardson found himself under the weight of a crushing depression. The depression unearthed the worst in him, bringing out his personal demons and setting him on a course of poor choices and self-destruction that would lead, ultimately, to his losing everything. Although they attempted to care for him for a short while, Richardson’s family was unable to see him through a storm of struggles bigger than they could handle.

“I had nobody. And I didn’t really care, either,” he explained. “I just gave up on everything.”

Isolated, spiraling out of control, and out of options, in 2014 Richardson found sanctuary in a Raleigh homeless shelter with some help from his sister and father. There, with a regular place to sleep and meals on the table, Richardson had the stable environment and the time necessary to recover his strength and to face the demons haunting him.

Low on emotional fuel, Richardson struggled at first. Lacking a driving purpose, Richardson spent most of his time hovering around the shelter or wandering nearby Raleigh streets with fellow shelter-mates.

“I had no self-esteem,” he said. “I didn’t feel like I had anything to offer anybody anymore. I felt like the low-life of the earth.”

Listless and alone, it was at the shelter that Richardson met and grew close with Frohlking, his now-best friend and business partner. Frohlking too had been homeless, spending his time drumming on streets and sleeping in bushes outside of a local church, before church members brought him to that same shelter. The two men spent their days together, finding in each other mutual support and companionship during this trying time.

As they sat inside the shelter smoking room one day, a man entered wearing a t-shirt with a single word on it: “college.” They discussed, they joked, they laughed. The shirt had sparked a real, meaningful conversation—something treasured, yet hard to come by for the homeless, noted Richardson.

“We thought, ‘Can you believe that because of a single generic word, we sat there and had a twenty minute conversation?’” shared Richardson. “What if you just put the word ‘obviously’ on a shirt? People would come up to you and ask, ‘Obviously what?’ And then right there—we started talking about the idea that you could use it to start any conversation.”

“We even said we would call it ‘Conversation Tee Shirts,’ because it’s going to start a conversation,” Richardson noted.

At first, the idea of starting a t-shirt company was just a way for them to pass the time. But friends at the shelter and at church expressed excitement, sparking their own excitement and energy.

“Every day that we started talking about it more, the more real it became that it could actually be something,” Richardson recalled.

So they searched for guidance. The two men walked and bussed hundreds of miles throughout Raleigh to seek advice from business professionals. With their enthusiasm and their business idea as their most crucial startup capital, they gained the confidence of the people they sought out—people who became not only a group of business advisors and associates, but a network of cherished friends.

“One of the most important things in your network is knowing people who know other people,” said Richardson. “Anywhere that we would go to talk to people about our idea, we could feel—not just see—we could feel the excitement from them. People who were not even directly involved wanted to get involved in the whole thing. It was almost like we had to hold back the dam of people wanting to help out.”

The network didn’t cost Richardson or Frohlking any money, but it paid dividends for the future success of their company: a business mentor who explained how to form an LLC, a font expert who explained how to weigh which designs would best convey their message, a friend who set up their website, and another who established and runs their Facebook page. Everyone they met was enthralled at the idea of their starting a business—people wanted to see their idea take flight. Starting a business out of a homeless shelter seemed like an impossible feat, but Richardson and Frohlking wanted to make it possible.

“Every time we gave, we got more in return,” Richardson said. “We 100 percent would not have anything we have right now if it were not for the relationships we built with other people. That’s why people wanted to get involved. And that’s the only way we made it.”

Starting a business out of a homeless shelter is surely impressive. But considering Richardson’s downtrodden state and hardship, reviving his buried sense of self-esteem is perhaps the most astonishing—and inspiring—feature of his story.

“I didn’t know I had enough courage to do this,” he admitted. “I didn’t know that I was capable of it. The fact that we kept going through, and didn’t get tired, and didn’t give up, or didn’t get discouraged—because I tell you, there were those days in the beginning when we had to ride the bus or walk everywhere just to get a couple things done, when if we only had a car, we could have gotten twenty of those things done in half the time. It made us appreciate everything we accomplished, every day, so much better.”

For Richardson, the best part of his new work isn’t the money or the fact that he isn’t homeless anymore—it’s creating something he can be proud of and doing work that he truly loves and believes in.

“If you hate going to your job every day, you are not living your life,” he explained. “I did that for 30 long years. I have never felt more alive than right now, by going off with my own idea, and having my own opportunity from something that I created. That is so invaluable, there’s nothing better than it. Now I may never make it rich, but that’s okay, because if I can make it by doing this, I will be 40 times happier than I’ve ever been in my entire life. I used to live in a $750,000 house, and I live in a $750/month apartment right now. And I’m happier now by tenfold than I ever was working for anybody else.”

It makes perfect sense that Richardson now feels “more alive” after finding work that he loves. Much of our lives are comprised of the work we choose, and our ultimate course is dictated, in large part, by how we do it. A man who spends his days doing the work he loves and doing it with passion literally is and will be “more alive.” Richardson’s story illustrates that.

In Richardson’s case, passion for his idea brought him from the plight of homelessness to the comfort of a place he can call home—from the morass of loneliness to the joy of building a burgeoning network of friends—from lacking a trace of self-esteem to the pride of co-owning and operating a business. Love for his work has been an animating, transformative power in his life.

“That’s how powerful this is,” said Richardson of his work.

Judicial Review in an Objective Legal System: An Interview with Tara Smith

Reclaiming the “Self” in Self-Esteem