HomePygmalion of the Soul: An Interview with Lisa VanDamme (Part II)

Pygmalion of the Soul: An Interview with Lisa VanDamme (Part II) 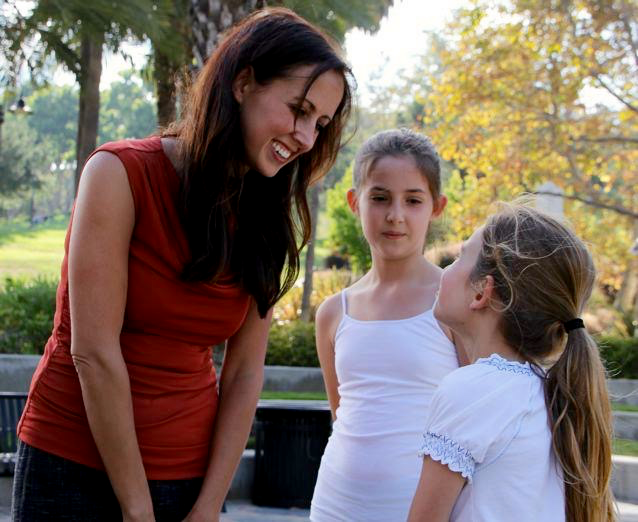 Lisa VanDamme is the founder of the VanDamme Academy, a thriving private school in Aliso Viejo, CA. In TU’s newly released Fall 2016 Magazine, we had the privilege of interviewing Lisa about her approach to education and advice for students on making the most of theirs. This is Part II of that discussion. The topics: balancing work and life, her dream person to have dinner with, one book every college student should read, and more.

Who was your favorite teacher and why?

My favorite grade school teacher was Boone Elementary’s Mrs. Jenkins. My father taught me to read when I was two years old, so when my parents discovered that in kindergarten we would be learning our letter sounds, they asked the administration to allow me to skip a grade. They were met with nothing but stubborn, bureaucratic resistance. Mrs. Jenkins was the second grade teacher, and when she learned of my capability, she insisted that I be allowed to join her class daily to read with them. That she saw what she did in me, became my champion, defied the administration, and nurtured my enthusiasm for learning is something I am deeply grateful for, and that I think might have altered the course of my life.

But my favorite teacher of all time, and the one who altered the course of my life beyond a doubt, is Leonard Peikoff. It was his course Eight Great Plays that inspired my love of literature. Many of the plays I teach my students to this day, Cyrano de Bergerac, Le Cid, Antigone, I was first taught by him. In that course, I gained not just an introduction to those great works of literature, but an understanding of what makes them great, and the knowledge of how to communicate their greatness—with passion and clarity and joy. And it is no accident that three of my first lectures on education—hierarchy, values, and motivation—were subsections of his Philosophy of Education. That course too fundamentally shaped my understanding of what is problematic in American education, and what is necessary for real, meaningful reform. VanDamme Academy would not exist had it not been for the convictions and passion in me that he inspired.

The most misunderstood thing about education is__because__.

Certainly one of the most widely-held misconceptions is the idea that education is preparation for “college and career.” What distinguishes modern man from cavemen is not that he is qualified to work at Google. What distinguishes him is the inheritance of a long legacy of painstakingly-earned achievements in our understanding of law and government, of relationships and human nature, of science and technology, of philosophy and art—a legacy of the discoveries that make it possible, internally and existentially, to flourish as a human being. The job of educators is to transmit that legacy.

Favorite quote about education and learning:

It is difficult to choose. But at the moment, because I see educators everywhere reifying “skills” over knowledge, extolling the virtues of the 4 C’s (communication, collaboration, critical thinking, and creativity) and leaving no room for content, and making “college and career” the ultimate end of education, one of my favorites is this (from brilliant educational critic Arthur Bestor’s Educational Wastelands): “The ability to face unprecedented situations by using the accumulated power of the race is mankind’s most precious possession. And to transmit this power of disciplined thinking is the primary and inescapable responsibility of an educational system.”

What’s one book that you think every college student should read?

At the moment, I am on a personal quest to learn the details of the brutal dictatorship under Stalin. Everyone knows about the horrors of the holocaust—as well they should. But I believe it is a travesty that so few know, truly know, the horrors of communism. That “6 million Jews” were killed by the Nazis is almost universally known. Few are aware that something on the order of 100 million people have died under communist dictators.

One source for a painfully intimate understanding of the mass executions, the vast murders by starvation, and the atmosphere of terror under Stalin—and of American ambassadors’ and journalists’ criminal neglect to do a thing about it—is Tim Tzouliadis’s painstakingly researched and righteously condemnatory book The Forsaken. Sources for a personal and literary take on the atrocities include Anna Akhmatova’s heart-wrenching poetry, and Varlam Shalamov’s tormenting tales.

You can have dinner with anyone you want, dead or alive. Who is it?

This is not exactly what you are asking, but I am going to use it as an opportunity to encourage a long-established practice of mine: seeking out real-life heroes and chances to meet them. Years ago, I saw Alan Charles Kors’s stirring lecture “Socialism’s Legacy” on YouTube. I was moved by his passionate commitment to exposing the evils of communist regimes, and by the rare combination of intellectual understanding and human compassion that he brings to the subject. I wrote to him immediately with a thoughtful, heartfelt expression of my gratitude for his work, and he kindly replied. We became occasional correspondents, and I even had the chance to visit in person with him and his wife, Erika, at their home. He is one of my living heroes, and I can’t imagine having let the opportunity to meet, and know, and learn from him pass by.

To answer your actual question, the list of my dream dinner companions is long, but if I had to narrow it down to one it would have to be Victor Hugo. There is something about Hugo’s grand, reverential view of life that inspires and resonates with me like no other. I would want the opportunity to just to sit before him and soak in his soul.

How do you balance raising your own kids with teaching and running a school?

In that regard, I feel like I won the career lottery. When my eldest was born, I cut back to working part-time. I was homeschooling two students, and part time for me (about four hours a day) was enough to constitute a whole school day for them. When you home school, and you focus on the academic essentials, you discover the shocking inefficiency of a typical day in public school. After my second child was born, I hired Mr. Andrew Lewis (still my right hand man as principal of VanDamme Academy) and we were able to take on more students by splitting the day between us. My goal was to have a K-8 school in place by the time my eldest children were ready to start, and we did. Every day for me was “take your child do work day,” and I will be forever grateful for it. By the time my two youngest were born, about a decade later, I had an established school with a dedicated staff who could take over in leadership roles and leave me time for my babies when they were little. My third child will start kindergarten next year, and number four will begin two years after that. I am looking forward to watching them blossom within the walls of VanDamme Academy.

That said, liberated woman though I might be, I think it is still very difficult to balance career and motherhood, and there has been many a time that I have felt inadequate at both because it has felt like both demand more than I can give. Cultural roles for men and women have been fundamentally disrupted in the last century, and for the better. But I don’t think we have settled into comfortable new definitions yet. (For more on this, read the incredibly brilliant and illuminating The Closing of the American Mind, by Allan Bloom.)

You’ve mentioned elsewhere that you’re not interested in expanding VanDamme Academy, but rather in sharing your school’s method with those interested. Given that, where can they learn more?

For my thoughts about education, they can learn more at my blog. For charming photos and stories from the classroom, I encourage people to follow the VanDamme Academy Facebook page. An array of videos are available on our YouTube channel, from video blogs, to lectures, to student performances.

Soon, I hope the whole world will have the opportunity to step inside the school’s walls and see what makes VanDamme Academy special – through a documentary. We just achieved full funding of a campaign to raise money for the movie’s production, and we have an impressive team of filmmakers wholly devoted to the project who will start filming this month. When presented with the opportunity to make this movie, the producer said, “I am always telling people how well educated the students of VanDamme Academy are, and how much they love school. Let me show them.”

Meanwhile, educators or students of education should feel free to reach out to us to ask advice or to arrange to visit and see the school for themselves. I am content to run this one school, but I would like to see come into existence many, many more like it. [TU]

Here’s a sneak peek trailer at the upcoming VanDamme Academy‘s documentary. And if you’d like to read Part I of this interview, and the interviews with sculptor Sandra Shaw and entrepreneur Dakin Sloss, you can order copies of TU’s 2016 Fall Edition here.