Restore the Separation of State and School

The classroom is supposed to be an environment of distraction-free learning. But it is often the focus of ongoing political conflict and controversy. The recent Christmas season reminded us of the battles between competing interest groups over public education. For example, Fox News devoted an entire website to the liberals’ supposed “war on Christmas” in the classroom. Controversy about curriculum and policy at public schools is not limited to the Christmas season, however. Debates over the teaching of evolution versus creationism, sex education, and environmentalism are often in the headlines, as well.

But rarely is a deeper question considered: why do such seemingly irreconcilable conflicts arise in the first place? A clue lies in the fact that judges and politicians are called upon to decide which textbooks end up in the hands of millions of students. When did judges and politicians become educational experts? Does the state truly have a role as the adjudicator of the training of young minds? 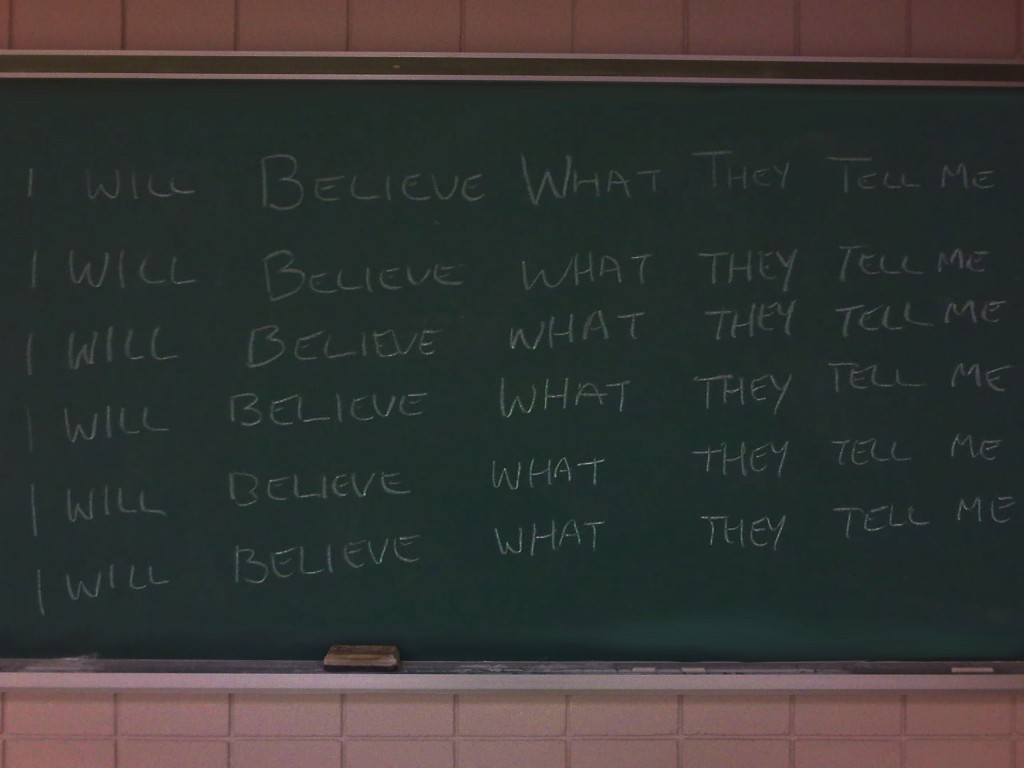 Consider the contrast between education and the music industry. Most people appreciate the freedom that the music industry enjoys today: we can listen to a myriad of artists of any genre or even make and produce our own music if we wish. There are no conflicts between hip hop and rock ‘n’ roll interest groups: both are free to listen to whatever music they please.

But what if, early on in American history, the state had funded the production of music so that bureaucrats decided what music to produce, and all music was subject to state controls. Conflicts would have developed as competing interest groups sought state funding for what they believed to be the best music: supporters of rock music would lobby for the production of rock ‘n’ roll, country fans would lobby for country music, and so on.

Most of us would not want to see such conflicts arise in a leisure-oriented industry like music. Yet when the state becomes involved in education, an industry that provides a service far more vital than music, we quietly accept the government’s interventionist policies. We may not realize it at first, but government funding and control is the primary source of many of the conflicts so prevalent in public education.

We should remember that, as George Washington said, “government is not reason; it is not eloquent; it is force. Like fire, it is a dangerous servant and a fearful master.” In other words, government, by its nature, is a mechanism of force. Education deals fundamentally with the dissemination of ideas. When the government involves itself in education, it effectively introduces force into the world of ideas.

In today’s America, most recognize that the state’s promotion of an idea can violate the separation of church and state. For example, in 2005, the Department of Education in Kansas issued a decree backing the teaching of intelligent design in science classes. In effect, government educators promoted religion over science. This is a violation of church and state, and should be opposed as such. But why should state and church be separated? The answer points to a wider problem with state-run education as well: the government’s promotion of ideas in the classroom.

Most Americans oppose censorship because it represents an invasion of individual liberty. Censorship does not directly affect what we think privately; it only prevents the material expression of our ideas. In principle, state-run education is no different. The teaching of evolution overshadows the teaching of intelligent-design in public schools, an idea abhorrent to some Christians. Creationists can still think whatever they want in their own homes, but state-run education makes the public expression of their beliefs much more difficult because it expropriates their funds to promote contradictory beliefs in schools, funds they cannot use for their own children’s education. State-run education is wrong for the same reason censorship is wrong: it interferes with our ability to express our ideas.

In state-run education, the government interferes with this process in the same way it does when it censors or breaches the church-state divide. When Kansas bureaucrats forced the expression of Christianity over science, they interfered with the free expression of ideas. But government promotion of evolution in education also violates individuals’ right to liberty.

We need the freedom to express our ideas in order to develop them, to test them on a public stage, to discuss them with others. Thought is a necessary part life: we use our brains to grow food, build houses that shelter us from the elements, and understand the world around in order to flourish. To live successfully, we need the freedom to think without government restraints on the expression of our thoughts. Because it introduces force into the free formation of ideas, state-sponsored education interferes with the mind’s ability to handle ideas.

Given that state-run education is a violation of our right to liberty, it follows that it also necessitates conflicts between interest groups. Government bureaucrats dictate what students learn and force students to attend schools by law. Either the bureaucrats who run education determine an ideology arbitrarily or they base their curriculum decisions on what a large number of Americans believe. But when government forces the promotion of one ideology over another in the classroom, it violates the liberty of a group who opposes that idea, necessitating a conflict between this group and the others.

For instance, in promoting a pro-evolution curriculum, the state tramples on the rights of Christians, who often reject evolution on its face. Conflicts then stem from this violation of rights, as when Christians lobby against evolution or seek to promote creationism in the classroom. This same process explains all other conflicts that arise in state-run education. Divorcing the government from education ends the conflicts between interest groups that so often make headlines today.

We do not typically think of the schools as enemies of liberty, yet state-sponsored schools are. To restore freedom to the American school system, we need to free education from the force of government and privatize education. Andrew Bernstein has an excellent article in The Objective Standard explaining the benefits of private schooling. Imagine an education system as vibrant and free as the music industry. Isn’t that a goal we should strive for?