Of Zombies and Men: What the Apocalyptic Reveals about the Mainstream View of Wealth 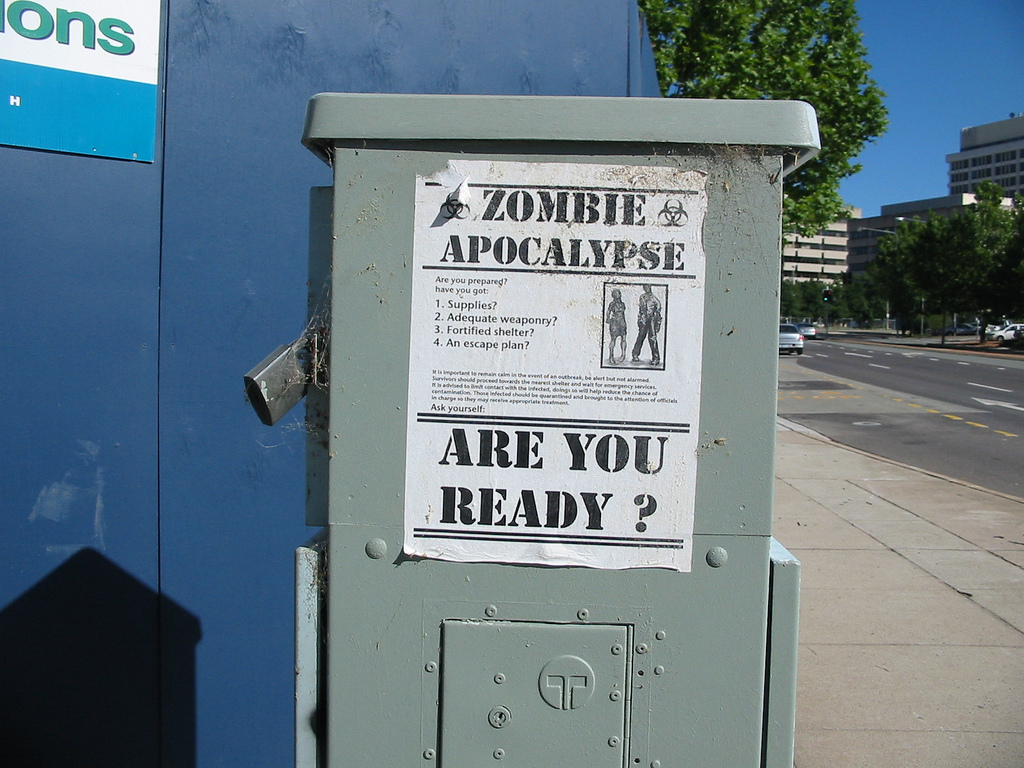 There has been an explosion in recent years of apocalyptic books, movies, and television shows. The agents of destruction have been many and various. Zombies are a common culprit, featured in the Resident Evil franchise, 28 Days Later, World War Z, and The Walking Dead. But zombies don’t have a monopoly on the end of the world. Pandemics, earthquakes, climatic catastrophe, extraterrestrials, asteroids, and vampires have been central to such works as Contagion, 2012, The Day After Tomorrow, Falling Skies, Seeking a Friend for the End of the World, and I am Legend, respectively. What has caused this increased interest in end-of-the world entertainment?

To get a handle on that, consider what these kinds of stories have in common. Whatever the catalyst, any good apocalypse leads to widespread societal collapse. The hallmark of any such collapse is the problem of scarce resources. People are thrown into a world where survival depends on scavenging the barren landscape for whatever abandoned morsels remain and competing with other survivors for the same. Every gain is someone else’s loss. Seizure and force are the coin of the realm.

What about such a world makes for compelling entertainment? It is not a question of escapism. Who would want to escape to such a desolate place? Rather, there is something deeply resonant in this fictional universe, something people regard as important and real, concretized and dramatized. In the days of the Cold War, there was a real concern about nuclear annihilation. Today, there is no such concrete threat. The destructive powers of terrorism are local, not global.

Instead, recent public anxieties have been fixed on problems of purported scarcity:  exploding debt and financial instability, diminishing fossil fuels, overpopulation, environmental erosion, and so on. These concerns manifest a deeper concern over resource depletion—financial, natural, and environmental.  Some might say that unchecked resource depletion will result in catastrophic scarcity, making a real apocalyptic scenario only a matter of time. But is it?

Is wealth actually a scarce, finite quantity, divvied up equally or unequally simply by ruthless seizure? No. Some natural resources appear finite, but wealth, properly regarded, is not. The creation of wealth depends both on finite natural resources and the human ability to use these resources through intellectual ingenuity.

Consider this. If wealth were a fixed sum, subject only to depletion and division, then who would be wealthier—a Neanderthal millennia ago or a citizen of the United States today? Were wealth fixed, the Neanderthal must have been wealthier, because less wealth was “depleted” and it was divided among fewer people. But who honestly yearns for the life of the Neanderthal? Who would give up an iPod for the sound of two stones clacking together in a desperate quest to make fire?

So the essence of wealth is not the possession of finite resources but productive activity and technological achievement. And these can be brought into existence by ambitious and inventive human minds, pushing us forward and generating levels of wealth never before seen.

Men are not zombies doomed to mindlessly consume their fellows. In a society where people are free to trade or not as they wish, all transfers of wealth are for mutual benefit. Such a society is not ruled by roving bands of highwaymen, but by traders exchanging value for value. When a return on the investment may be expected, men will also produce values and increase wealth.

In closing, one work of apocalyptic fiction deserves special attention. Ayn Rand’s Atlas Shrugged tells a story of economic and societal collapse. The world of Atlas Shrugged is populated not by literal zombies but by their intellectual equivalents, who use guns and governmental edicts in a frantic attempt to consume the brains of the few human beings that remain. These metaphorical zombies are infected, not by a virus but by an idea come at last to fruition. Part of this idea is a static, concrete-bound view of wealth—that wealth can only be taken or distributed, not produced. The other part is an unflagging belief that men should selflessly immolate themselves for “the greater good”—that is, for the sustenance of zombies who offer nothing in exchange but their eternal hunger.

Atlas Shrugged also presents a vision of a different world—a sunlit place where men produce and exchange values to survive, rather than living as zombies and surviving only by the force of their jaws and the selfless compliance of their prey.

What makes Atlas Shrugged uniquely compelling—and terrifying—in the realm of apocalyptic fiction is that the cause is not some fantastic agent like a zombie virus but rather the ideas that do, in fact, dominate our culture. Fortunately, it also presents the antidote—the ideas necessary to defeat its agents of destruction.  I like a good zombie flick as much as the next guy, but I certainly don’t want to live in one. What about you?

We Should be Active-Minded, not “Open-Minded” about Political Controversies