To Judge or Not To Judge Mark Sanford

Writing for South Carolina’s Sun News, journalist Isaac Bailey offers us cutting commentary about how his State’s General Assembly recently failed to impeach governor Mark Sanford. Sanford has admitted to lying to his State, flaunting State travel laws, and engaging in a range of disgraceful behaviors to cover his tracks while engaged in an extra-marital affair. Bailey catalogues the negative consequences the governor’s bad choices have had on South Carolina—one of which is potentially costing the State thousands of jobs because of his tarnished reputation.

Bailey then writes, sarcastically, that Governor Sanford “can do all these things because moral judgment ‘rests solely with his creator’”. Bailey’s jab at turning-the-other-cheek is pertinent, given that South Carolina is a Bible Belt state full of citizens steeped in Christian forgiveness. 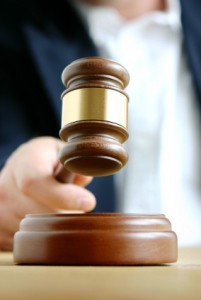 “Congratulations, Gov. Sanford. While campaigning, you promised to set a new standard of leadership. Mission accomplished.I’m sure those vying to replace you are much obliged.Now they know they don’t have to be morally principled or disciplined or even know how or attempt to lead.They know that once elected, they don’t even have to show up for work.”

Bailey’s sarcasm, unfortunately, fails to offer an alternative. It does not offer any deeper understanding of why South Carolina’s General Assembly—politicians who day and night kowtow to public sentiment—were willing to let Sanford remain as Governor.

The problem that Bailey refers to only sarcastically and in passing—the religion-inspired aversion to judgment—is actually the real culprit protecting men like Sanford. What Bailey identifies acerbically is in fact the real source of Sanford’s ability to keep his job—the public’s unwillingness to judge him by his actions.

One must never fail to pronounce moral judgment.

Nothing can corrupt and disintegrate a culture or a man’s character as thoroughly as does the precept of moral agnosticism, the idea that one must never pass moral judgment on others, that one must be morally tolerant of anything, that the good consists of never distinguishing good from evil.

It is obvious who profits and who loses by such a precept. It is not justice or equal treatment that you grant to men when you abstain equally from praising men’s virtues and from condemning men’s vices. When your impartial attitude declares, in effect, that neither the good nor the evil may expect anything from you—whom do you betray and whom do you encourage?

These words, from philosopher Ayn Rand, reflect a different approach to moral evaluation, one in which the proper maxim is not “judge not lest ye be judged” but rather, “judge and be prepared to be judged”.

On Rand’s view, there is nothing to gain and much to lose by withholding judgment, and the truth is a value we should embrace, not shirk. Bailey gets us halfway there—he offers us a clear account of the moral corruption of Sanford, and of his enablers in the General Assembly (and, by implication, in the general public). But he does not go far enough in implicating the underlying moral timidity that deserves our real scrutiny, and which will have to be discredited if people like Mark Sanford are to get what they deserve.