The flawed logic of conservationism

One can hardly escape the appeals to one of today’s most popular causes: conservationism. The message seems to be everywhere: conserve electricity, conserve water, conserve gas, conserve plastic, conserve paper. The state of California has even begun regulating large screen televisions in the name of conservation.

To many, it seems like a no-brainer. Conservationists claim a long list of benefits, including positive economic and environmental effects, and even a more satisfying way of life. Conservation.org, for example, argues that conservation can “ensure a better life for everyone, everywhere.” The city of Santa Clara, like many other cities and companies, proclaims that “it pays to go green” on their city-sponsored conservation website. The logic seems quite straightforward: the less we use, the more we have. 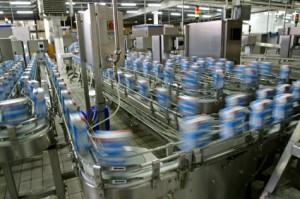 The simplicity of the argument, however, is deceptive. It is true, for instance, that you still have an apple if you don’t eat it. But this is not automatically a good thing: You’re not nourished as a result, nor do you have more apples than you started with. Putting it in economic terms, conservation is not production—it is simply the act of delaying or forgoing consumption. Sometimes conservation does help create values, such as when you save your stock seed for future planting rather than eating it (or feeding it to the birds). But conserving is not creating, just as fasting is not eating—it is the latter in both cases that ultimately sustains life.

This is important in light of the claim that conservation is the key to a better world. Consider for a moment how we historically arrived at today’s standard of living. Things like electricity, gasoline, clean water, and even food have been, at various points in history, rare luxuries. Over time, consumption of all these things has increased dramatically – we now use thousands of times more energy every day than was possible in centuries past. And yet, as a result, our quality of life has drastically improved. Indeed, we now have more access to all these goods than ever before.

On the premise of conservationism, this is a puzzling outcome. If conservation were the way to a “better life”, then our lives should have been reduced to worse and worse misery over time. But they haven’t, because conservation was not, until recently, sold as the road to prosperity. Rather, it was production that was seen as the antidote to poverty. By producing more, we have more to consume, and our lives are better as a result.

If anything, conservationism has achieved its favorable reputation only through its historical link with production. When your grandmother encourages you to pinch pennies, it is because you can eventually use that money to buy a car or a house—that is, you can ultimately consume your savings. But those who advocate conservationism ignore this connection—and ignore the fact that production, not conservation, is the primary means by which we create the values our lives require.

Should the country have decided in 1920 that too much electricity was being used, and launched a movement to conserve, to use less—if it had begun to regulate the energy use of rotary telephones and Model T’s the way the government is now regulating plasma TVs—if people had felt guilty about the resources needed for newly invented frozen food, and become reluctant to partake in the immense benefits of budding modern transportation—we would be living today in a much more impoverished world, without the benefit brought about by the cultural embrace of mass production.

Production, not conservation, is the only means that can “ensure a better life for everyone, everywhere.” To make possible bigger, better things in greater quantities, more has to be produced. Improvements like the wide availability of modern medicine, iPods, cars, and the like did not come about from conserving resources; it was new labs, hospitals, factories, universities, and power plants that made them possible.

What then do conservationist policies actually achieve? In practice, they ask for all of us to surrender our personal values–the convenience and benefits of driving, the taste of “wasteful” foods like meat, the relaxing entertainment of a big screen TV, and even the pleasure of a long, relaxing shower (to name just a few). In effect, they urge us to be satisfied with less, to shun expansion and growth, to accept a comfortable stagnation—to live lesser lives. They demand this on the grounds of an alleged conflict between enjoying your life and being “responsible” .

Thankfully, there is no such conflict. The course of the industrial revolution and the lead-up to today’s relative abundance demonstrate that man is capable of creating for himself a better world by producing all of the things he needs, in ever greater quantity and quality. Instead of demanding sacrifice and conservation, we should be actively encouraging greater production in every way possible (including savings for the sake of enabling production). If California, for example, enabled rising energy production by increasing the freedom of producers, there would be no basis to consider banning TVs or any other life-serving good. If production were once again defended as morally proper, there is no telling what abundance we could create in this century, and the lengths to which it would improve our quality of life. That is far more practical than anything conservationism could hope to achieve.

To Judge or Not To Judge Mark Sanford

Campus Media Response: The Roots of the Objectivist Campus Revival