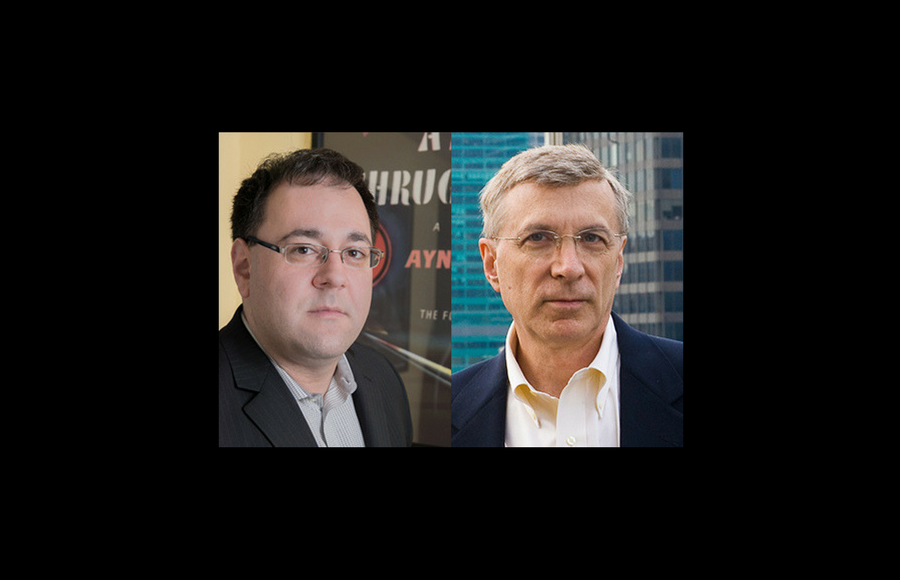 STRIVE’s Objectivism Q&A on Sunday, February 5th stretched nearly an hour overtime while students eagerly discussed several issues in politics, property rights, epistemology and more with Dr. Harry Binswanger and Dr. Gregory Salmieri. Dr. Binswanger is the author of How We Know and The Biological Basis of Teleological Concepts, and was an associate and friend of Ayn Rand in her last years. Dr. Salmieri is the co-editor with Alan Gotthelf of A Companion to Ayn Rand, the first volume to offer a comprehensive scholarly treatment of Rand’s entire corpus. The two experts applied their vast knowledge of Objectivism to treat each question with characteristic thoroughness.

One student was interested in applying Rand’s political philosophy to the controversial topic of antibiotics. They asked: should legal barriers be placed on the usage or sale of an antibiotic if its usage will likely breed bacteria that are resistant to the antibiotic, thereby denying others from enjoying its benefits? Is this a case where an individual’s freedom should be limited for the good of society?

To begin with, Dr. Binswanger rejected any reference to ‘the good of society.’ Only the rights of individuals are at stake in any such instance. Using an interesting analogy, he also questioned whether individual rights are in fact violated here. He asked rhetorically whether the government should be able to prevent you from putting a lock on your door, because criminals will then be more likely to break into your neighbor’s house which doesn’t have a lock.

“The fact that you protect yourself from something bad, meaning someone else might get hurt instead,” Dr. Binswanger explained, referring to the use of antibiotics, “does not mean you have violated their rights.”

Addressing the issue from another angle, Dr. Salmieri proposed that a lot of cases where the system of rights doesn’t seem to apply, or where there appears to be market failure, are actually cases where there hasn’t been creative thinking about how the principle of property rights applies in that realm.

He explained that, because a drug-patent lasts only twenty years, the owner is incentivized to sell as much of it as he can within a short period, thus accelerating the likelihood of antibiotic-resistant bacteria developing. However, “the continued value of the patented product depends, not only on the initial intellectual act of coming up with it, but on the continued management of the frequency of usage of it.” Therefore, Dr. Salmieri suggested that the solution might be to increase the duration of the patent “for as long as the drug continues to have medical use.”

Additionally, Dr. Salmieri recommended finding at least a minimal way to think of the better candidate as a positive rather than merely a lesser negative. For instance, if Obama were running against Hitler, you could say that Obama has at least some vestige of respect for human life.

Another student asked what the philosophical takeaway would be from imagining a hypothetical Martian who perceives reality with an entirely different sensory apparatus than our own. Dr. Binswanger answered that, while the Martian may perceive colors as sound, or heat as vibrations, the information picked up by its senses would still be the same information that we pick up with ours. “Neither one is right, neither one is wrong. They’re both just different ways of responding.” The crucial takeaway is that sense-perception is always ‘valid’ in that it presents us with information about reality. The question of validity – of ‘right and wrong’ – only arises with regard to our conclusions about the information we receive.

The similarities between the Martian example and the phenomena known as synesthesia were also discussed. While it was acknowledged that the two have much in common, Dr. Salmieri noted that synesthetes often perceive something in addition to normal sense-perception – such as having particular colors associated with particular numbers. This, however, is most likely the result of a strong association formed in early years, and therefore does not tell us about perception.

At STRIVE’s next Objectivism Q&A, Dr. Gregory Salmieri will once again be joining students live to answer their questions about Ayn Rand’s philosophy. We highly encourage you to tune in on Sunday, March 19th, from 4:30 – 6:00 PM PST. Be sure to sign up here and submit your questions in advance!

Failing to Confront Islamic Totalitarianism: An Interview with Elan Journo