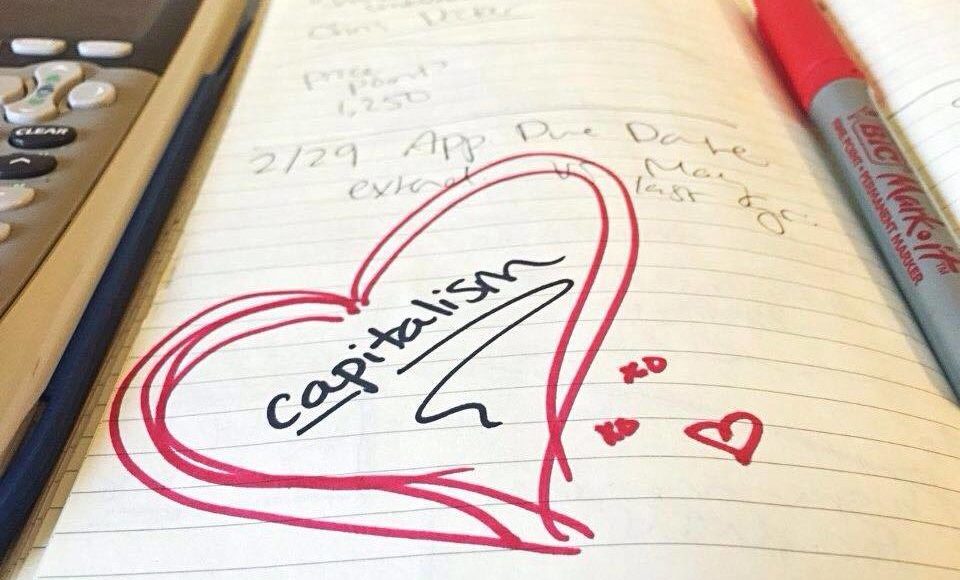 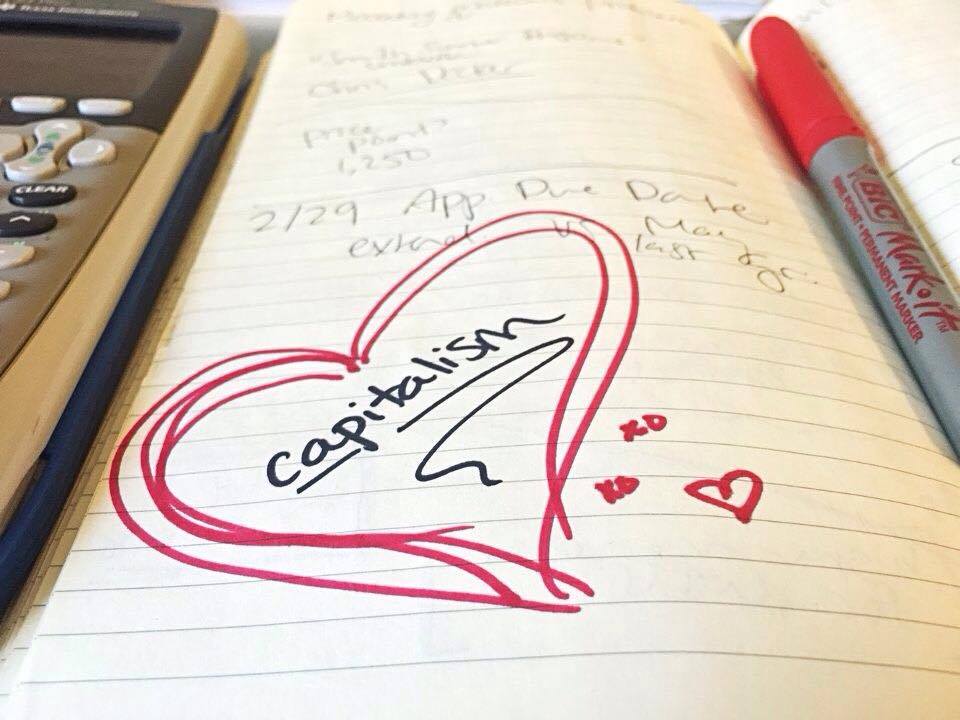 The rise of Bernie Sanders along with some astounding new data suggest that young people today hold an increasingly favorable view of socialism. The Undercurrent is excited to announce a national campus initiative to push back against these ideas: #CapitalistAndProud!

We’re calling on students everywhere to write in to their campus papers explaining why they support capitalism.

Pieces published in student publications by April 22 will be eligible to win $1,000 in the Ayn Rand Institute’s “Campus Writing Contest”!

In order to encourage participation in the contest, we will publish well-written pieces on The Undercurrent‘s blog, making them automatically eligible to compete for the $1,000 prize (so long as you enter the contest). All submissions should be sent to editors@the-undercurrent.com.

Don’t forget to join the conversation on our Facebook page or by tweeting us @tundercurrent to let us know why you’re #CapitalistAndProud!

The following note was submitted by TU writer J.A. Windham as a “letter to the editor” for publication in various campus papers. The version below was posted in The Prince Arthur Herald, The Carolina Review, and The Empire State Tribune. A shorter version was posted in The Cornell Review and The Technician. It’s our hope that this simple act of speaking out will inspire students across the country to follow suit and to let their classmates know why they too are #CapitalistAndProud!

Support for “democratic socialism” is growing on campuses across the country. With so many students caught up in Bernie fever, this seems like an appropriate time to bring some diversity to the conversation—some intellectual diversity. Below are five reasons that I’m proudly pro-capitalist.*

The vast tome of human civilization features a dark, suffocating, relentless motif: the enslavement of the individual by the collective. Whether in the name of the clan, the tribe, the nation, the race, or the proletariat, the resounding imperative has been that the individual live to serve the “greater good”—greater, that is, than his own good.

The Enlightenment, with its culmination in our Declaration of Independence and the emergence of capitalism, gave its shining answer in the name of the individual: “NO—I have the right to live for my own happiness, my own flourishing, my own joy.”

In order to live, human beings must think. All other animals have some distinctive set of physical tools that make their survival possible. Clip a bird’s wings, remove a snake’s fangs, file down a lion’s claws, and you make impossible the task of hunting prey, of acquiring food, of living for those animals. But human beings aren’t primarily hunters of prey—we’re first and foremost creators of the values we need in order to survive and prosper.

Our mind is our chief creative tool. To thwart an individual’s capacity to think is akin to clipping his wings, or removing his fangs, or filing down his claws—it’s to curtail his ability to produce and, therefore, to abridge his life. In order to function, a mind requires one basic condition: freedom—specifically, freedom from force. Capitalism recognizes that the freedom to think stands at the root of all the wealth produced and all the happiness ever achieved on earth.

I was born free, and have ever-since owned myself. Capitalism treats me not as a serf of society—not as fodder for my fellows—not as chattel to be chained—but as the king of my every breath. Under capitalism, my time and energy, my triumphs and failures, my burdens and my beloved dreams, are my mine alone.

Whitman wrote of an immense joy, the joy of being “a sailor of the world bound for all ports!”—and more, to be a “ship itself” (emphasis mine). He was picking up on something deep and true of all individuals: that our proper position in life is as the self-directed captains of our respective purposes, values, and journeys. By leaving me free to sail the world as I see fit, capitalism respects my authority to chart my own course in the one, precious life I have on this earth.

Neither respect, nor cooperation, nor love for his fellows can be imposed on an individual, but attempts to do so can and will destroy those ends. Because it does not command that I serve you or that you serve me—because it treats us as fellow captains seeking happiness as our respective and proper ends—capitalism opens the door for genuine, organic benevolence between free individuals.

My goal with this short note has been to stimulate a respectful, constructive dialogue between socialist and capitalist, and other interested students. To this end, in order to make our voices heard, I’m calling on students everywhere to write in to your campus papers and let your classmates know if you too are #CapitalistAndProud!

*By “capitalism,” I mean a laissez-faire social system that protects each individual’s right to life, liberty, and property by banning the initiation of physical force from human affairs.