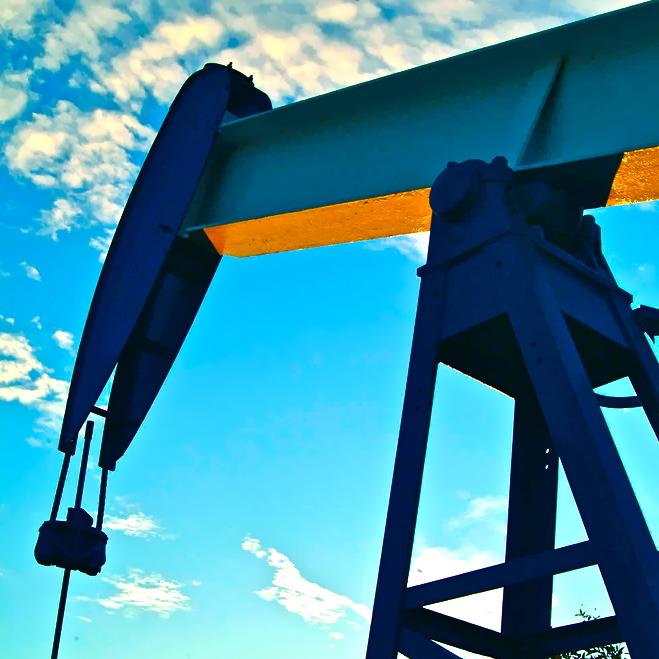 We live in an era of technological wonder. In the last two decades, innovators have transformed cellular telephones from unwieldy monstrosities only good for vocal communication into small, sleek devices good for everything from updating our calendars to playing Pac-man.

In an age when technology advances so quickly, it’s easy to miss some pretty incredible innovations, particularly when we don’t see or use the technology directly.  Hydraulic Facturing—also known as “fracking”—is one such technology.  In recent years, the scientists, engineers and businessmen who developed the process have brought immense benefits to the industrialized world, by allowing us to harvest oil and natural gas found in shale (a type of rock formation known to hold vast quantities of fossil fuels that are very difficult to extract).

David Biederman of The Center for Industrial Progress tells the story of how the petroleum industry has used fracking to transform the Eagle Ford Shale formation from a virtually useless reservoir of oil inaccessible to man, to a veritable torrent of the lifeblood for industry:

As it turns out, most people have heard of fracking, but not because of the highly technical achievement it represents or the vast amounts of energy it has made possible. Since the term first appeared in the media, fracking has been met with public protest and controversy over the alleged danger this technique poses to human beings. While the protesters are never very specific, the most common objection is that fracking contaminates groundwater with “toxic” chemicals. In fact, these objections have gained so much traction that Vermont recently became the first state in America to ban the practice of fracking.

Notice that the emphasis is always on the potential damage, and never on the immense benefit that fracking delivers. Critics are blithely content to advocate banning the practice because it “injects toxic chemicals into our water supply,” without explaining how the chemicals get from the fracked location to the water supply, what harm is supposed to result, or why we can’t mitigate it.

Is there any merit to their objection even if they don’t explain it? Fact number one: fracking involves drilling into rocks buried deep below the surface of the earth—very deep, between 5,000 and 20,000 feet below the surface. Fact number two: the deepest usable ground water sits at around 1,000 feet below the earth’s surface. So, even if we assume the shallowest possible shale formations to be fracked and the deepest possible ground water, fracking still occurs thousands of feet below the groundwater, with shale rock (which is highly resistant to fluid flow) in between.

The fact of the matter is that the hydraulic fracturing and chemical injection occurs nowhere near groundwater. The idea that fracking contaminates ground water comes from rare cases in which a damaged well pumping from a fracked rock formation has leaked into the groundwater. While such events are unacceptable and should make drillers legally liable, they are essentially problems caused by poor drilling or well maintenance procedures, not by fracking as such.  Any oil or gas well that drills through the water table might contaminate groundwater if the well is damaged.

But the fact that oil wells can be damaged is a fact of life. Any technology might be misused in a way that harms bystanders. But this is not a sufficient reason to abandon the use of that technology. Instead, it should be an impetus to learn more and make the technology better and safer.

A twenty-minute internet search reveals the flimsiness of this objection to fracking, and yet the opposition has tenaciously grasped for this straw. Why? Because opposition to fracking is only the latest example of a more fundamental opposition to technological progress. In fact, these objections follow a recognizable pattern that one can observe in a vast array of fields and technologies.

Consider the opposition to pesticides. Ever since Rachel Carson published Silent Spring, the use of DDT has become nearly synonymous with “poisoning nature,” or “causing cancer.”  Nowhere did Carson enumerate the benefits of DDT, such as its role in virtually wiping out malaria in the civilized world. Instead she claimed on the flimsiest of evidence that DDT would cause cancer in future generations and damage to wildlife.  (For a more detailed account of DDT see Steffen Henne’s piece at CIP).

Or consider the opposition to genetic engineering. We now have the capability to grow genetically modified strains of rice high in vitamin A content. This would be a boon to millions across the globe who suffer blindness and childhood death due to a deficiency of the vitamin. And yet the potential life-saving effects of so called “Golden Rice” have been restricted based on arbitrary or irrelevant claims such as that “GE plants will take over the world,” or “we don’t know the impact on soil ecology.” (For more information on Golden Rice, check here.)

In each of these cases when technology is opposed as “dangerous,” the formula is simple and predictable: First, marginalize the tremendous benefits of the technology. Second, state that the technology caries the risk of a somewhat plausible yet extremely vague danger to humanity. And finally, engage in political action to prevent anyone from using the technology.

The premise that critics of technology rely on to make their objections seem reasonable is the idea that any interference in nature by human hands is ultimately harmful and must be opposed. But this means that the ideal environment would be a state of wilderness untouched by the hand of man.

But human life does not thrive in a state of wilderness. Before we developed technology to become masters of our environment, human beings were forced to eke out a short, precarious existence, constantly searching for enough food and warmth to stay alive.  Only by changing wilderness into civilization can man secure reliable food, clean water, permanent shelter, not to mention recreation. Since he first tamed fire, man has made his way by changing nature to make it better for him, not by changing himself to suit nature. Domestication of animals, purifying metals trapped in the form of ore, selecting out the most desirable form for different crops and livestock, inventing engines to burn fossil fuels: all of these are ways in which man has prospered by transforming nature.

Technologies like fracking are the product of an amazing amount of human thought and inventiveness, and they are the means by which we turn some previously useless part of nature into something that enriches our lives. It is this fact that we must always remember in any discussion of the potential danger of technology.