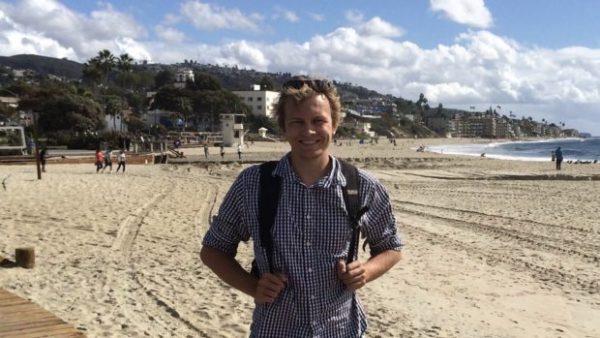 I’m writing this in a Starbucks up on Twin Peaks, a pair of giant foggy hills at the heart of San Francisco. It’s a great place to call home — Twin Peaks, not Starbucks — although I’m definitely here enough. See, I like the coffee shop’s energy: the line of customers from the counter to the front door, the team of baristas hurriedly making drinks, all those private worlds sharing the same orbit for a few minutes, before going their own way.

I like to think of Starbucks as the modern world’s campfire, or at least one of them. It’s been upgraded with electricity, and offers a whole buffet of food and drink, but it fills the same timeless, human need: a place to gather, eat, drink, and share stories. I wonder what stories the strangers around me are telling and hearing today, on America’s 240th birthday.

I hope it’s more than just Tinder matches, barbecue recipes, and fireworks. Don’t get me wrong, I think Tinder is a great dating app, and I love Independence Day. In fact, the Fourth of July is my favorite holiday, but for a bigger-picture reason than fireworks. Independence Day is the birthday that made my life and the lives of the people I care for most, possible. If the Founding Fathers in all their powdered-wig-glory didn’t convince the American colonies at large that intellectual, moral, and political freedom was the key to human flourishing, the world would be down its brightest, most life-giving campfire ever. That’s part of why The Undercurrent exists — to help keep that fire burning.

Apologies for stepping onto the soapbox a bit there — caffeine always gives me a case of the beer muscles. My intention is really not to preach. No doubt, I’m a fan of The Undercurrent for its love of America and one of her greatest champions, but the team’s goal is not to be simply another political blog and magazine.

As the new Editor-in-Chief, I want to make The Undercurrent an even stronger and warmer basecamp — one where both students and young professionals will be informed, entertained and inspired on a wide variety of topics — a place that’s too damn cool not to stop by and hear some stories for the road, and maybe share some too. College, career, romance — there’s a ton to navigate in life. We at The Undercurrent definitely don’t presume to be life-hacking gurus or anything, but we’re 100% committed to the daily pursuit of happiness and have met some incredibly talented, ambitious people from whom we draw inspiration every day.

Looking forward to sharing the fireside and trading stories this fall,

Why Stand Up For Yourself?: Under the Surface Episode 3